Hot items have been recently hitting the auction block across the country. From a letter written by Albert Einstein, to jewels from famous names like Sinatra and Rockefeller, the auction scene is ripe with exciting items sold and up for bid. 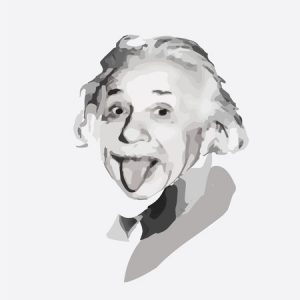 The year before he died in 1955, Albert Einstein wrote a letter discussing his thoughts about God and religion that British auction house, Christie’s recently sold for close to $2.9 million at a New York auction, according to CBS News.

Known as the “God letter,” Einstein wrote the blunt letter to philosopher Eric Gutkind, and in it discussed what God means to him and his Jewish faith.

Questioned throughout his life about his religious views, people looked to the genius Einstein for answers about the universe. In this letter, we get a glimpse into some of Einstein’s beliefs and ideas about religion–ideas so intriguing they are apparently worth millions of dollars!

From Einstein we move on to a few other big names lighting up the New York auction scene:

British-founded Sotheby’s in New York City recently held an auction of jewelry pieces from Frank and Barbara Sinatra and Happy Rockefeller, the wife of Nelson Rockefeller.

According to Forbes, Sinatra’s jewelry collection included Barbara’s “Lady Blue Eyes” engagement ring from Frank, diamond and colored gemstone jewelry, and a ruby and diamond butterfly pin. The collection sold for a total of $4.7 million. Happy Rockefeller’s jewels sold for just under $1 million.

For the latest in live auction news, check out the Smith & Co Auction & Realty, Inc blog! And when you’re looking to buy or sell land, heavy equipment, real estate and more, our experts are ready to help. Give us a call at 580-254-3975 to learn more about our upcoming auctions!