Auction Chant: How to Better Understand the Auctioneer Skip to Content

It’s no surprise that many people find it confusing to unpack exactly what an auctioneer is saying.

Auctioneers are required to be very specific with their language, but we’re here to help you decipher the chant so you’re better prepared for your next auction!

The basic elements of an auction chant 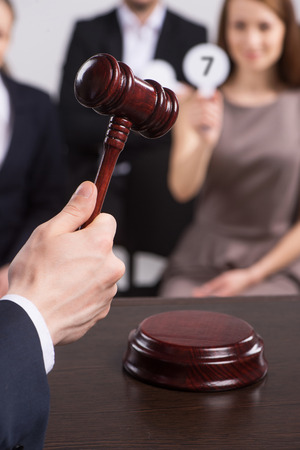 An auction chant basically consists of two numbers, the have (which is the current bid price), and the want (the higher bid that is being requested by the auctioneer).

Between these two numbers is a wide array of sounds and other words inserted to add rhythm to the chant and increase the entertainment element. These filler words have purpose though, as they give bidders an opportunity to decide if they want to bid higher. In order to make it seem like they are talking faster than they really are, auctioneers will purposely slur words to shorten them.

This means there’s less time between the have and the want.

In addition to the have and the want, there is the next. When someone accepts the want and that number becomes the new have, the new want is known as the next.

At any time, the auctioneer will have 3 numbers in mind, the have, the want, and the next.

When the highest bidder is found, the auctioneer will give audiences one last chance to bid on the item. When they say “going once, going twice, sold,” it’s the last call for anyone to take the current want.

Now that you know the rules, it’s time to test your knowledge at one of our upcoming auctions! Give our team at Smith & Co. Auction & Realty a call at 580-254-3975 to learn more.